CAMP TO RETURN TO MEXICALI THIS WINTER 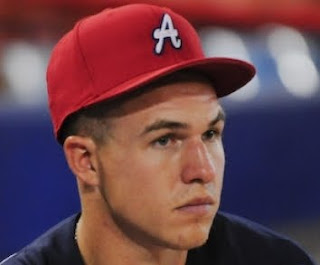 The Mexicali Aguilas will be bringing back one of the bright spots from their 2009-10 Mexican Pacific League season for the upcoming winter campaign.

Second baseman Matt Camp, who plays for the Chicago Cubs AAA affiliate in Iowa during the summer, hit .329 for the Aguilas last season, finishing fourth the Mex Pac batting race. Camp also came in fourth in the LMP with three triples and 83 hits and finished fifth in doubles with 14 and stolen bases with 12 before the Cubs called him back to the States before the LMP playoffs in January.

Mexicali has added two more players to their roster: Shortstop Jacob Blackwood and third baseman German Duran. Blackwood was a 2006 Marlins draft pick and played four seasons in the Florida system before going to Kansas City of the independent Northern League, where he hit .348 with 29 homers in 87 games this year. Duran, a 2006 Rangers draft pick out of TCU, hit .231 in 60 games for the Texas Rangers in 2008 while playing five positions.
Posted by Bruce Baskin at 7:50 AM