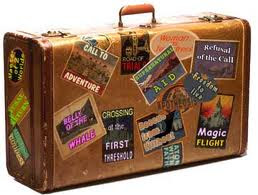 There are two things that can be considered set in stone when it comes to Mexican baseball: First, Willis Otanez is a threat at the plate no matter who he plays for. Second, Willis Otanez is likely to play for just about anyone from year to year. This time around, the veteran slugger is moving from Reynosa to Tabasco.

Otanez has spent ten of the past eleven summers playing in the Mexican League, and it’s hard to dispute the numbers he’s put up: He’s batted .341 with 154 homers and 671 RBIs, posting stats of .341/22/82 for Reynosa in 2011. Clearly stated, the former Major Leaguer can swing a bat. The question always seems to be where he’ll be swinging it.

Otanez had already been picked up from the Broncos by the expansion Carmen Dolphins in the offseason, then was dealt to the Olmecas along with young pitcher Angel Araiza in exchange for hurlers Salvador Arellano and Roman Rivas. Both Carmen and Aguascalientes will be joining the Liga this year to bring the field to 16 teams.

Since coming to Mexico in 2001, Otanez has played for (taking a deep breath here) Monterrey, Cancun, Monclova, Veracruz, Minatitlan, Puebla, Reynosa and now Tabasco. For most of the past few years, Otanez has left Mexico at the end of the season in August to play in the independent Atlantic League for Bridgeport, Newark, Long Island and Camden.