TOMAS "Tommy al Bat" MORALES: We Lost in the Caribbean 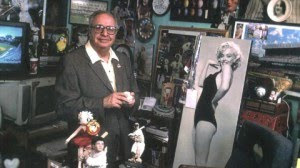 Although the new Hispanic Baseball Hall of Fame has commenced on the left foot, it’s very agreeable that Fernando Valenzuela has received a new recognition, since he deserves everything after the great run he had in the Major Leagues. Added to this recognition in a new temple of the immortals, it has left us in a ridiculous situation in which despite many proposals on the matter, Valenzuela still is not in our own Salon de la Fama.

Yes, the great bateador Hector Espino and the magnate Alejo Peralta entered the enclosure of honor on the first ballot, and it should now do the same with Fernando Valenzuela and Vinicio “Vinny” Castilla. The entries of Peralta and Espino were obtained very deservedly in the times of Rafael Dominguez, director of the place.

For a long time the presidents of the two main leagues, the Ligas Mexicana and Pacifico, have had many talks in the years that would cover many subjects, but it seems that in the present (for reasons in the past), that is no longer the same.

We’ve said that the new Caribbean Hall of Fame is on a roll because besides Valenzuela, from the list of Mexican players they chose Chile Gomez, but not Roberto “Beto” Avila. I myself don’t know who voted so this would happen, but on sight they should have to give up their cards as cronistas.

And in the Caribbean Series Hall of Fame, neither “Cananea” Reyes nor Paquin Estrada have been chosen.

And in our own Hall of Fame, I’ll never forget that voters have given more points to Mercedes Esquer than to Teodoro “Teddy” Higuera, who also deserves direct entrance to the enclosure that was inaugurated in 1973 with the election of many stars of yesterday who also entered on the first ballot.
I do not doubt that Esquer should be in the Salon, but that he had more votes than Higuera is a sacrilege that should obligate an investigation into the people who were voting.

It has practically been an insult to have a five-year wait for Higuera, Valenzuela and Vinicio Castilla when we all know they should occupy, as I’ve said before, their own special suite in the place.
from ESTO: 16 February 2011
Translated by BBM Editor Bruce Baskin via BabelFish
Posted by Bruce Baskin at 12:01 AM