DIABLOS’ BALLPARK ANNOUNCEMENT: “NOTHING TO ANNOUNCE” 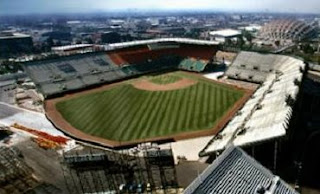 One of the lures of Mexico for expatriates who settle there can be the slower pace of life. Things happen in their own time. An object lesson in that philosophy is being provided by the Mexican League’s Mexico City Diablos Rojos, who recently issued an announcement concerning their proposed new ballpark that said in essence: “We have nothing to say.”

The December 15 post on the Diablos website reads in part: “With rumors that have been emerging in the wake of statements related to the construction of a new baseball stadium in Mexico City as a possible home of our team, the Board of the Mexico Diablos Rojos makes it known that we have not finalized one agreement related to this issue.
“With the intention of finding the best option that allows the construction of a new baseball park, home of the Diablos and a legacy for Mexico City, we will continue searching and analyzing the alternatives presented to us. At the time we make a decision, we will make it known to the public, while maintaining our headquarters at Foro Sol” (pictured), a 26,000-seat stadium built primarily for concerts in 1993.
Plans for a new baseball stadium in Mexico City were announced by the Diablos in early June.
Posted by Bruce Baskin at 12:01 AM